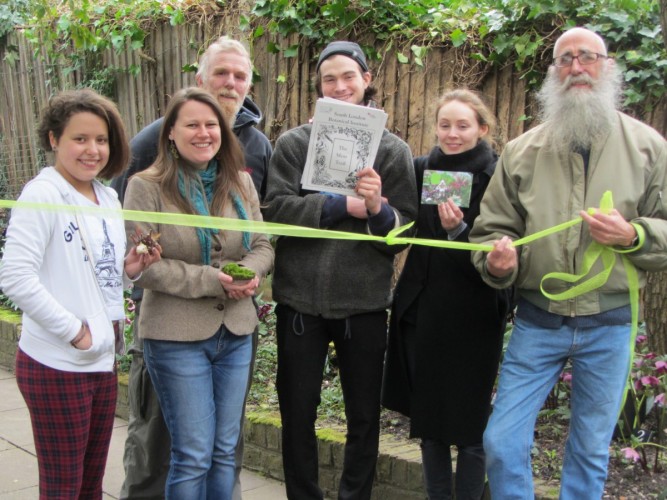 Last Saturday 14 March we were very proud to launch London’s first Moss Trail here in the SLBI garden. The Moss Trail features twelve different sorts of moss, all clearly labelled in a trail around the garden.

The Moss Trail launch was part of our ‘Moss Day’ which also included a moss photography class, children’s moss-based craft activities and microscope activities for all ages.

The Moss Trail features twelve different bryophytes (mosses and liverworts) all growing in the SLBI garden, including the curly Tortula muralis (Wall Screw-moss), the silvery Bryum argenteum (Silver-moss), the swan-shaped Mnium hornum (Swan’s-neck Thyme-moss) and the vivid yellow-green Barbula unguiculata (Bird’s-claw Beard moss). An illustrated leaflet outlining all of the mosses, together with a map, is now available to visitors.

The Moss Trail launch is the culmination of a 2-year ‘Mad about Mosses’ project funded with a grant of £25,000 from the Esmée Fairbairn Foundation – so big thanks to them. Previous activities have included field identification trips, lectures, moss graffiti workshops, moss drawing classes and children’s moss drama days.