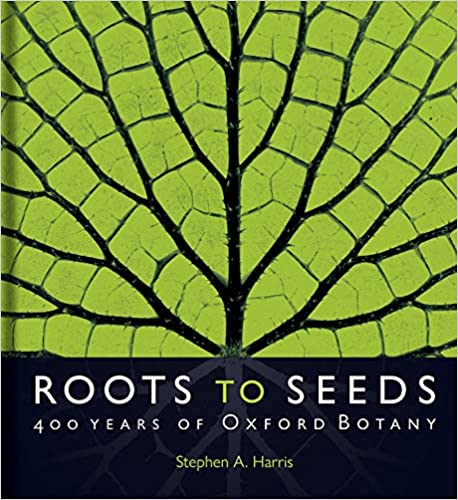 Our thanks to Craig Swick, SLBI member, for starting our Botanical Book Reviews on this Blog. If you’d like to contribute a review, please get in touch.

This book was written to commemorate the four hundredth anniversary of the Oxford Botanic Garden.  It focuses more on the history of the study of botanical science at Oxford University rather than on the physical Botanic Garden that most of us are more familiar with.

The book provides an excellent discussion of how the garden first developed and the famous collectors who travelled all over the world to find living and preserved specimens for the garden.  It also explains the role Oxford has played in naming, describing and categorizing plants both with the early taxonomic methods and with newer DNA based schemes.  (Remember the garden was created before the Linnean system was adopted so the garden had an important role in early classification systems).  There is an illustration explaining the leek using the doctrine of signatures from the 17th century.  The latter half of the book talks about the discoveries in plant physiology and the role Oxford has in teaching the world about botany.

The main focus of the book is on the professors who have managed the botany department and on the collections that make up the garden, the orchards, the library and the herbarium.  There is significant discussion of the politics and philosophical differences that caused the department to develop the way it did.  There are excellent paintings and illustrations of the professors and collectors who have had important part in the gardens.  There are also photographs and illustrations from early manuscripts and herbarium specimens from the 1700’s onward.  It shows how the idea of keeping herbarium specimens has changed over the centuries.  There is a short biography of the more influential figures at the end of chapters.

This is an excellent book for those who are interested in the history of the Botany Department and Garden at Oxford.  For those who are interested more in the development of the Garden itself and its innovations in displaying plants I would instead recommend Simon Hiscock and Chris Thorogood, Oxford Botanic Garden:  A Guide (Bodleian Library 2019).

The Weston Library at Oxford is also having an exhibition on the 400th anniversary of the Garden with artifacts related to the garden’s history.  The website has photographs of the exhibition and some excellent videos about current botanical topics studied at the garden.